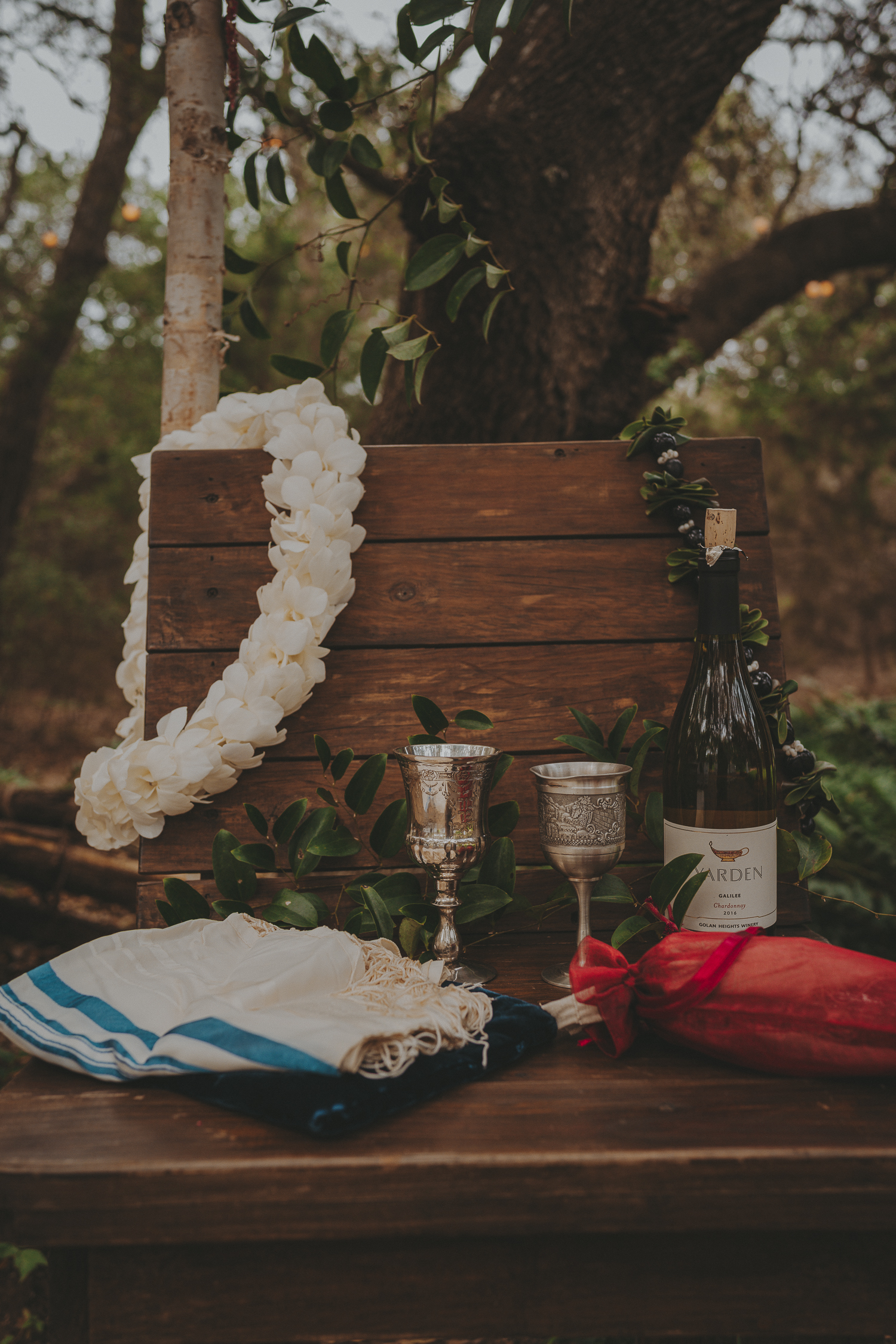 When it comes to what to wear, there is usually a dress code. Women traditionally wear attire that covers their shoulders and men wear Kippahs or Yarmulkas to cover their heads.

If you are attending an Orthodox Jewish wedding, men and women will sit on opposing sides during the ceremony. There even may be a partition in between.

The ceremony on average will range between 25-45 minutes depending on whether or not the couple has chosen to include readings, rituals, and/or music.

Traditionally, Jewish weddings are not performed on Shabbat or the High Holy Days.

Gifts are customary. They may be given in the form of a tradition Jewish ritual object or money in increments of $18, symbolizing the Hebrew word Chai, which means “life.” 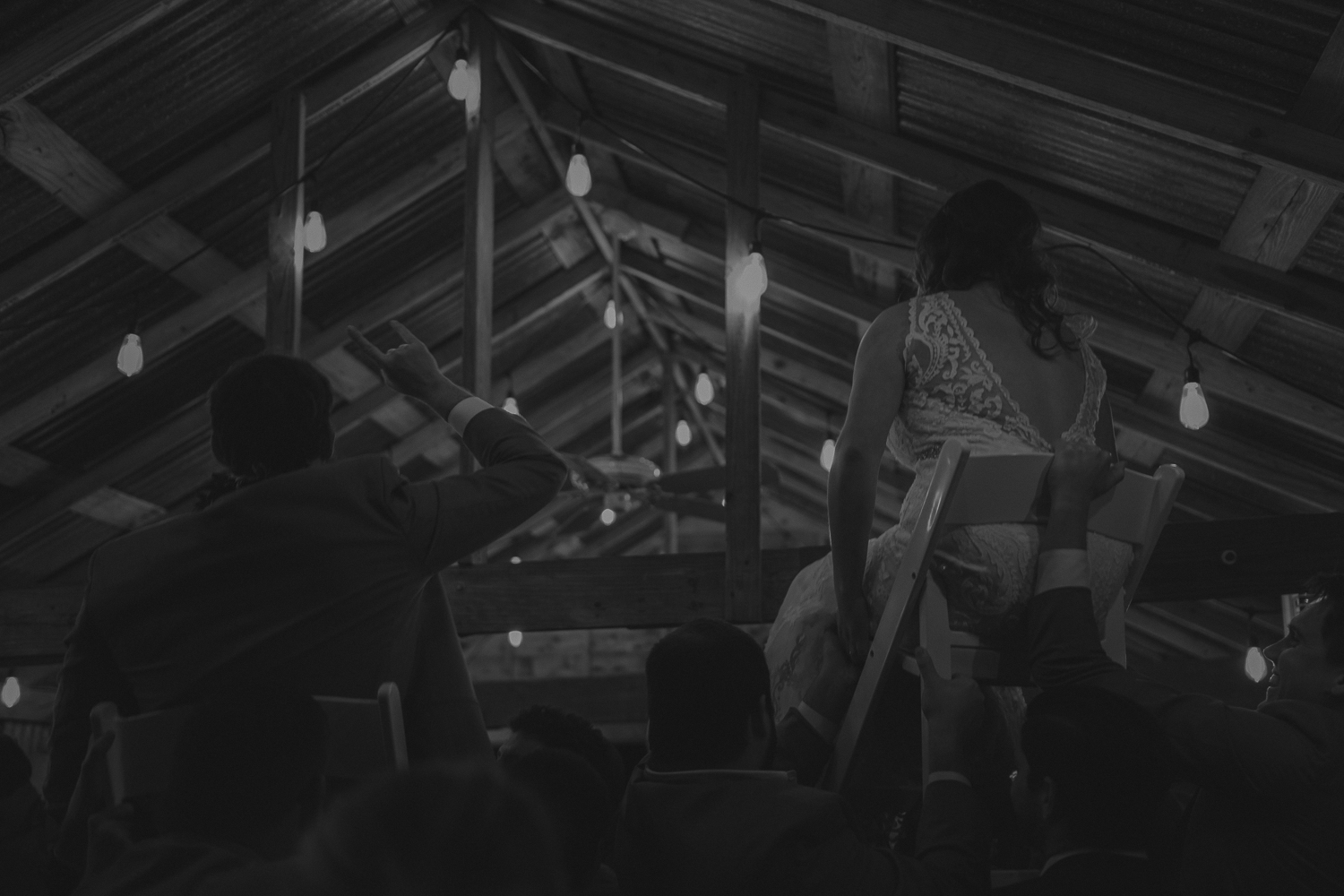 Prior to the ceremony, the bride and groom are “called up” or Aufruf, which is a Yiddish term of this meaning, to the Torah for a blessing called an aliyah. The rabbi will then offer a blessing called misheberach. At this time, members of the congregation throw candies at the couple, wishing them a sweet life together.

Some couples choose to fast the day of their wedding, just as they would on Yom Kippur (the Day of Atonement) as a wedding day is a day seen as forgiveness. The fast will last until their first meal together after the wedding ceremony.

The ketubah is a symbolic Jewish marriage contract. This contract describes the groom’s responsibilities in the marriage and to his wife as well as the bride’s protections and rights. Ketubahs are not religious documents, but are part of Jewish civil law. The ketubah is signed by the couple and two witnesses before the ceremony takes place and is read to the guests during the ceremony.

During the signing of the ketubah, the groom will approach the bride for the bedeken, or veiling. First he will look at her and then veil her face, signifying that his love for her is for her inner beauty. This also symbolizes that they are both distinct individuals even after marriage. [I love that!!]

The chuppah is the alter beneath which the couple exchanges vows. If you have ever seen pictures, a movie, or been to a Jewish wedding, you know what I am referring to. Heck, if you’ve seen the show “Gilmore Girls,” the character Luke builds Lorelai a chuppah for her upcoming wedding.

In the Ashkenazi tradition, the bride circles around her groom either three or seven times under the chuppah. Some people believe this is to create a magical wall of protection from evil spirits and temptation. Others believe the bride is symbolically creating a new family circle.

Now for another part you may recognize, towards the end of the ceremony, the groom or both the bride and groom step on a glass inside a cloth bag to shatter it. The breaking of the glass represents the destruction of the Temple in Jerusalem or it may demonstrate that marriage holds sorrow as well as joy and is a representation of the commitment to stand by one another even in hard times.

And finally, “Mazel tov!” as the most well-known Jewish wedding rituals, I’m sure you’ve seen it referenced before. Once the ceremony is over and the glass is broken, guests cheer “Mazel tov!” meaning “good luck” or “congratulations.”

Above you will see a photo of the celebratory dance at the reception called the hora. Guests dance in a circle, women dancing with women and men dancing with men, as they lift the bride and groom seated on chairs into the air while holding onto a handkerchief or cloth napkin. You may have seen this in the movie “Wedding Crashers.”

Happy Halloween to all my Fall 2021 Gals + Ghouls,

The last one is my best I think. 💋 #weddingph